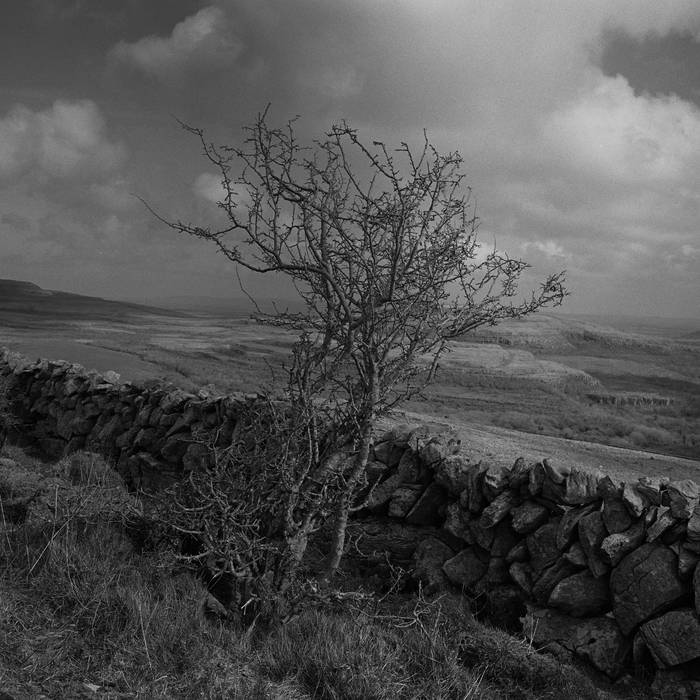 Ergodos is proud to announce the release of "Totemic", the debut album from the percussion-viola duo of Alex Petcu and Nathan Sherman. The record is testament to the very special synergy that exists between these two dynamic and sensitive musicians. The album takes its title from the final track, a piece by Irish composer Ian Wilson.

The striking cover photograph by Amelia Stein projects a certain fragility, but also evokes a strong sense of strength and resilience. Similarly, the music on the album traverses a wide range of emotions and soundscapes: from guttural exclamations to soothing lullabies, from trance-like grooves to soaring "ekstasis", from gentle seashore-like soundworlds to song fragments unearthed like archeological artefacts.

Violist Nathan Sherman: “This record was inspired by the phenomena that is the infinite range of human thought and emotion. The four works on this record represent our spirited, expressive, and heartfelt qualities, and our natural abilities to transcend, reflect and tap into the natural rhythmic flow that is life.”

The opening track is a contemporary classic for the combination of viola and percussion: Luciano Berio's meditation on Sicilian folksong, "Naturale". The piece weaves haunting transcriptions of folksong for the instrumental duo together with field recordings of the singing of the Sicilian street vendor Peppino Celano, and strands of material more characteristic of Berio’s personal musical language.

“I’m not an ethnomusicologist, just a pragmatic egoist,” said Berio. “I tend to be interested only in those folk techniques and means of expression that I can in one way or other assimilate without a stylistic break, and that allow me to make a few steps forward in the search for a unity underlying musical worlds that are apparently alien to one another.”

"One Thing I Know" by Benedict Schlepper-Connolly was commissioned by the duo in 2021, with funds provided by The Arts Council / An Chomhairle Ealaíon. Combining floating viola pads over an intricate gamelan groove, the piece gently fuses ambiguous harmony with the propulsion of Berlin electronica.

The seed for the piece, says Schlepper-Connolly, was “the simple enjoyment of the low C# on the viola’s C string, a note with a characteristic all of its own.” He continues: “The work developed from here, continuing a childlike appreciation of individual sounds, adding in a custom assembly of percussion instruments, some of which were built by percussionist Alex Petcu himself.”

The title comes from the poem “Eines weiß ich” by Edeltraud Eckert, who was arrested for her opposition to the East German government in 1950, and who died in prison at the age of 24 in 1954. Schlepper-Connolly describes the poem as “absurdly optimistic for a better future”.

Also commissioned by the duo, "Crucible" by Kate Moore takes its title from the play of the same name by Arthur Miller about the witch trials in Salem in the 17th century. The piece is, as the score describes it, a “molten river” of sound, always pushing forward through shifting polyrhythmic combinations, never resting.

“The composition follows on from an earlier work of mine that invokes Saint Brigid to protect the chanter from harm at the hands of her pursuers,” says Moore. “St Brigid was named after the Celtic goddess Brigid who was a triple Goddess who presided over three flames: that of inspiration, poetry, and music; that of hearth, family, and children; and that of the forge, iron mongering, and the crucible.”

The composer describes it as “both a response to Berio's 'Naturale' and an exploration of quiet sonic gestures.” He continues: “Fragments of my own melody to the old Irish song 'The Mountain Streams' come and go, while part of my 1996 piano solo 'A Haunted Heart' also appears twice as a farewell to a unique person in my life who died shortly after I completed the work.”