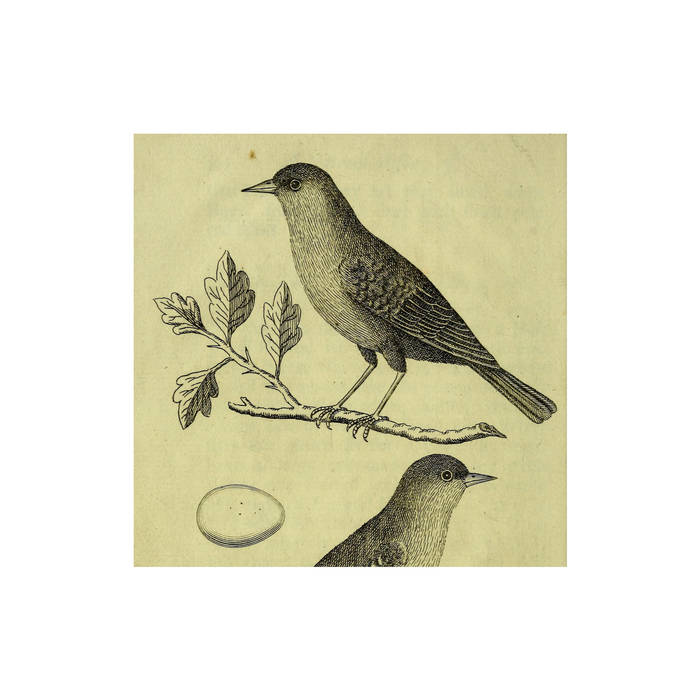 Curated by Nathan Sherman, violist and artistic director of Ficino Ensemble, this album presents a richly varied kaleidoscope of human emotions and musical colours; it is a celebration of musical pluralism. The music here is by turns optimistic, imploring, droll, and desolate; the soundworlds range from full and driving, to spare and poignant, to intimate and timeless. Vocalist Michelle O’Rourke and the musicians of Ficino Ensemble offer deeply committed performances, conjuring a unique atmosphere for each song.

“What exactly is a folk song?” asks Sherman. “Is it the tune, or is it the words? Is it a style or a feeling?” Ultimately, for him, folk music feels like “a way of glimpsing into the past and finding our connection with it”. “This is how we make sense of ourselves and our society,” he continues. “This record is a testament to the most human instincts: to see, to reflect and to be moved.” Sherman quotes the American folklorist George Herzog (1901-1983): “The creative process […] is spread over many individuals and generations, and it never comes to an end as long as the tradition is alive.”

"Green Fields of Amerikay" is Judd Greenstein’s restless, cinematic re-composition of the folk song of the same name – a song of the Irish diaspora in America – and sung by the Irish traditional singer Paddy Tunney (1921-2002). “My arrangement of The Green Fields of Amerikay is a call to recognize human migration as a universal part of our human experience and a necessary response to conditions of deprivation,” says Greenstein. “From 19th century Ireland to the Latino/a/x migrations into today’s USA, the themes of the song are as relevant today as they were 150 years before – beautiful, and tragic in equal measure.”

"Late-crying voice" by Kevin O'Connell sets four anonymous ancient Greek texts to create four imaginary folk songs. “The first is a lament for Orpheus,” says O’Connell. “The second celebrates the song of the cicada. The third celebrates food, drink, and fragrances, then the music of the pipe and lyre. The last poem evokes Echo’s singing with a single, haunting sentence.” The ensemble provides a quicksilver commentary on the sung text, discreetly word-painting, coalescing, fragmenting, and re-forming.

"I would be where I am not" by Garrett Sholdice takes its title from an American folk song (of Scottish origin) often referred to as "Katie Cruel", perhaps best known in versions by Karen Dalton (1937-1993) and Irish band Lankum. “The piece is a personal reflection on the song in a series of eleven delineated sections,” says Sholdice. The piece is a ritualistic progression through fragmented lyrics towards a rendition of a full refrain and verse, sung solo with poise and power by Michelle O’Rourke, at once unsentimental and deeply emotional. The spaciousness encountered here clears the way for Berio’s intimate and colourful "Folk Songs", which follow.

Written during the folk revival of the 1960s where Bob Dylan and Woodie Guthrie were singing folk music to the masses, Luciano Berio’s "Folk Songs" is both a celebration of Berio’s love of world music, and a tribute to the “artistry and the vocal intelligence” of the singer Cathy Berberian (1925-1983), to whom Berio was married at the time.

“I have given the songs a new rhythmic and harmonic interpretation: in a way, I have recomposed them,” wrote Berio. “The instrumental part has an important function: it is meant to underline and comment on the expressive and cultural roots of each song. Such roots signify not only the ethnic origins of the songs but also the history of the authentic uses that have been made of them.”

The first two songs of the set, “Black is the color”, and “I wonder as I wander”, originate with Kentucky folk singer and composer John Jacob Niles (1892-1980). The first juxtaposes a kinetic viola part evoking “a country dance fiddler” against the plaintive melody. The second is a simple flowing rendition, with an avian postlude that is pure Berio. “Loosin yelav”, the third, is a traditional Armenian love song to the moon, and a homage to Cathy Berberian’s Armenian heritage.

“Rossignolet du bois” is a French folk allegory in which the singer implores the titular nightingale to teach them to “love aright”. It segues into the vividly scored “A la femminisca”, a Silician prayer for the safety of the singer’s loved one, a sailor at sea. “La donna ideale” and “Ballo” are original compositions by Berio which set wry Italian folk texts about love.

The nightingale reappears in the Sardinian folk song “Motettu de tristura”. The singer weeps for their lover, asking the nightingale for consolation. Berio’s extraordinarily imaginative setting injects an almost queasy darkness into this haunting song. The following folk songs in the set come from the Auvergne region of France. “Malurous qu'o uno fenno” offers further sardonic folk wisdom on the topic of love. Its litheness is contrasted by the wistful lilt of “Lo fiolaire”.

The “Azerbaijan Love Song” that completes this beautiful collection was apparently discovered by Cathy Berberian on old 78rpm recording of a town band from the Soviet Republic of Azerbaijan. She transcribed the words phonetically, not knowing their meaning. Berio’s setting is a driving march, full of vigour and musical exuberance.

Tracks 1-4 were specially commissioned by Ficino Ensemble in 2020, with funds provided by The Arts Council / An Chomhairle Ealaíon.