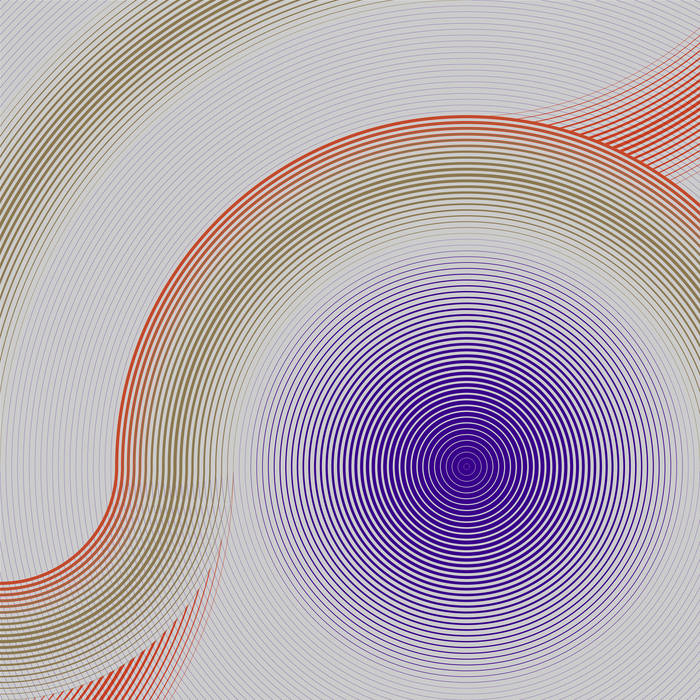 The album journeys through a splendour of musical shades: from the gently insistent minimal grooves and hushed invocations of tracks such as The Melting Song; to slow pans across dark, saturated vistas on tracks such as Winter Flat Map; to a warm, celebratory treatment of the Irish traditional tune An Buachaill Caol Dubh; and to moments of visceral, splintered abstraction in Shake and Sigh and The Alchemist III.

Whether it’s the elusive vocals of Galway singer Sadhbh Ní Dhálaigh or Mac Erlaine’s sublime clarinet melodies that catch you, Music for Empty Ears is an album that reveals more and more with each listen. And, with a bespoke print by Dublin design studio Destinctive Repetition, the heavyweight vinyl of Music for Empty Ears is a beautiful and sumptious object to hold as much as to hear.

Seán Mac Erlaine is a Dublin-based woodwind instrumentalist, composer and music producer, recognised as one of Ireland’s most forward-thinking creative musicians. Mac Erlaine works in a variety of settings from free improvisation, contemporary jazz, folk music and experimental theatre, and is a member of the groups This is How We Fly and the Quiet Music Ensemble. “One of the most interesting and adventurous musicians of his generation” – The Irish Times

Electronic musician/producer Jan Bang has worked with such luminaries as Jon Hassell, David Sylvian, Brian Eno, and Arve Henriksen. From his work as a pop producer in the 90s, his pioneering work in developing the concept of live remix has led to him being constantly in-demand as producer and performer today. “[Jan Bang is] defying all misconceptions about the vast potential of electronic composition.” – All About Jazz

Eivind Aarset is a guitarist with a unique musical vision that absorbs and reflects all manner of music while retaining an enviable individualism and high quality craftsmanship that can span from quiet intimacy to searing intensity. As one of Norway’s most in-demand guitarists, Eivind Aarset has worked with Jon Hassell, David Sylvian, Bill Laswell, Jan Garbarek and many more. “Norwegian Eivind Aarset is in a class of his own proving that lyricism and raw noise aren’t contradictory.” – The Guardian

Music for Empty Ears was produced with the support of a music project award from the Arts Council / An Chomhairle Ealaíon.