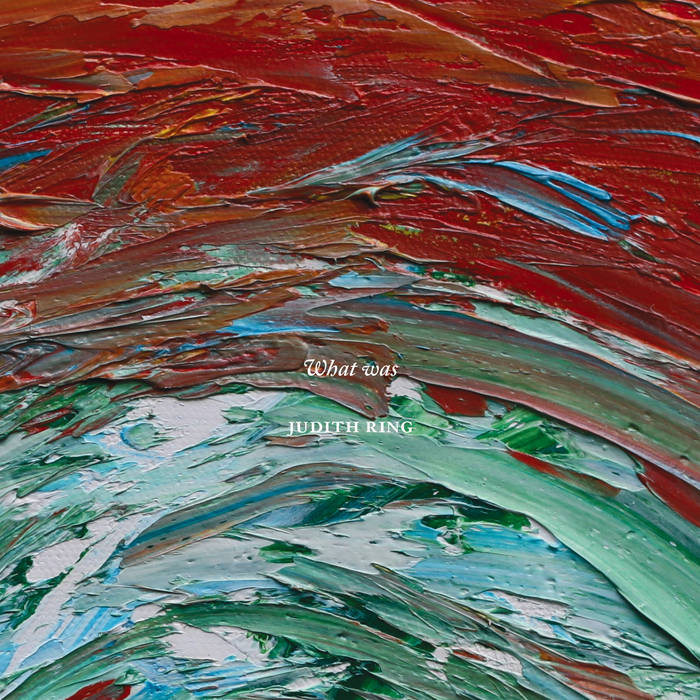 Judith Ring gets in a room with her musician and she starts recording. There are no pre-conceived ideas, no strategies. A feedback loop is set in motion: a sound is created, a change is suggested — ‘higher‘, ‘harsher’, ‘more pressure’, ‘lighter’, ‘darker’ — and more sounds come to life. Raw material is generated from actions, not plans.

What was documents the sensuous, rich and dark results of a painterly, highly personal approach to composition; it is the first album devoted solely to the last decade of music by Ring, one of Ireland’s most important composers.

The life-blood of these compositions is material arising from the musicians themselves – some of the finest exponents of new Irish music, including Paul Roe, Kate Ellis, Malachy Robinson, Michelle O'Rourke, Natasha Lohan and Concorde, as well as genre-crossing performers such as Laura Moody and Beau Stocker.

Ring’s work is first and foremost with the pulse in the arm that glides the bow over the string. She does not begin with a highly abstract, one-dimensional idea of that sound in notation. Her process can be described as truly experimental, in the sense of Charles Ives: open, aware, conscious, hopeful.

Judith Ring was born in Dublin in 1976. She holds an MPhil in Music
and Media Technologies from Trinity College Dublin, and a PhD in music composition from the University of York. Her teachers have included Donnacha Dennehy, Roger Doyle, Ambrose Field and Roger Marsh. Between 2000 and 2009 she was based in Berlin, then London, then York. She has lived in her native Dublin since 2009.

Working extensively with musicians from all over Europe and North America, Ring has produced theatre scores and composed for dance. Awards and accolades include first prize in the 2000 Concorso Internazionale Luigi Russolo, an Elizabeth Maconchy fellowship from the Arts Council of Ireland, and a scholarship from Akademie der Künste, Berlin to attend their Sommer Akademie in Museumspark Rüdersdorf. Ring co-runs Strike the Air with fellow musician Laura Hyland. Strike the Air currently produces the monthly showcase "Listen at Lilliput" at Lilliput Press in Stoneybatter, Dublin.

Recorded at Arad Studios, Dublin, in the summer of 2014.
Presented with funding from the Arts Council Music Recording Scheme, managed by Music Network.
judithring.com