What is living and what is dead 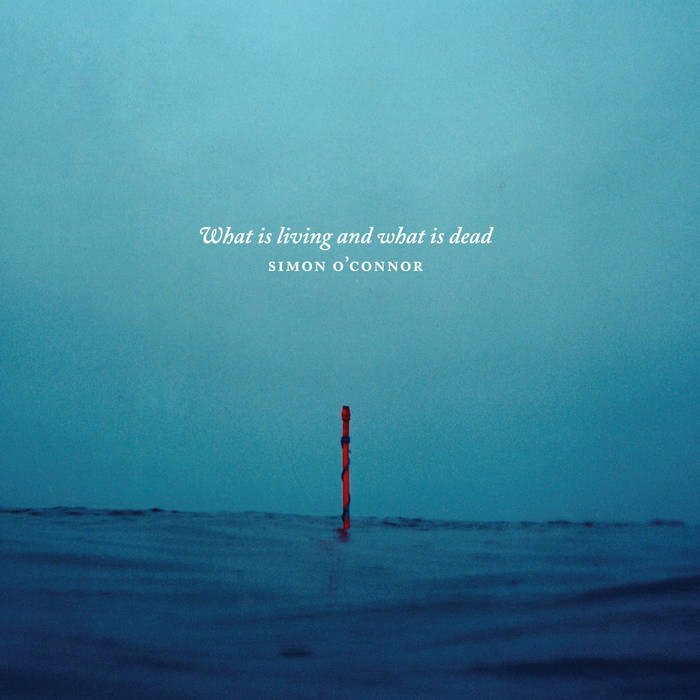 This release marks the solo debut of Irish composer Simon O’Connor on the Ergodos label. An immaculately crafted, beautiful and poignant collection of nine piano pieces, this new album is the result of over three years work from conception to release.

“I wanted to create something that could make a profound emotional connection with people, music that could really draw listeners inward to themselves and awaken a sense of joy in the beauty of the world around them,” says O’Connor of the 57-minute long collection, which takes it’s title from a lecture given by the late historian and social commentator Tony Judt.

“More than ever, I felt the need to create music that could reconnect every listener to an innocent sense of wonder; music that takes its joy in simple melody and delicate harmony; music that is – at it’s core – an embodiment of optimism.”

Childlike melodies are pitched against ever-changing harmonic landscapes, in a desperate plea for beauty in a world gone austere. This is a wordless political polemic that cries out for more space, beauty, slowness and understanding in a time of pessimism and intellectual voids.

Performed by Ireland’s foremost young pianist Michael McHale, What is living and what is dead is the work of the Irish production duo of Garrett Sholdice and Benedict Schlepper-Connolly. Recorded in Berlin and then completed in Munich by renowned mastering engineer Christoph Stickel (ecm, Deutsche Grammophon, Sony Classical) this unique release will be available worldwide from 3 January 2016.


Simon O'Connor is a Dublin-based composer whose musical life began in punk bands as a young teen. Musically self-taught, he worked primarily in theatre composition before forming seminal Dublin psych-rock band The Jimmy Cake. A graduate of Trinity College, Dublin, where he studied with composers Donnacha Dennehy and Kevin Volans, O’Connor has for many years worked primarily in a tonal, minimal palette, writing for chamber ensembles and solo musicians. His new song cycle, Left Behind – commissioned by vocalist Michelle O’Rourke, will form the centrepiece of the Irish Republic’s International Women’s Day Celebrations in 2016.

Belfast-born Michael McHale is one of Ireland’s leading pianists. Since completing his studies at Cambridge University and the Royal Academy of Music, he has developed a busy international career as a solo recitalist, concerto soloist and chamber musician. He has performed at many important musical centres including Suntory Hall, Tokyo; Lincoln Center, New York; Symphony Hall, Boston; Konzerthaus, Berlin; Pesti Vigadó, Budapest, and the Ushuaia, Chopiniana and Tanglewood Festivals. Michael’s debut solo album The Irish Piano was selected as ‘CD of the Week’ by critic Norman Lebrecht, who described it as “a scintillating recital ... fascinating from start to stop”, whilst Gramophone praised “the singing sensibility of McHale's sensitive and polished pianism”.

Recorded at studioboerne45, Berlin on 22 October 2014. Mixed in Dublin and mastered in Munich in November 2015.