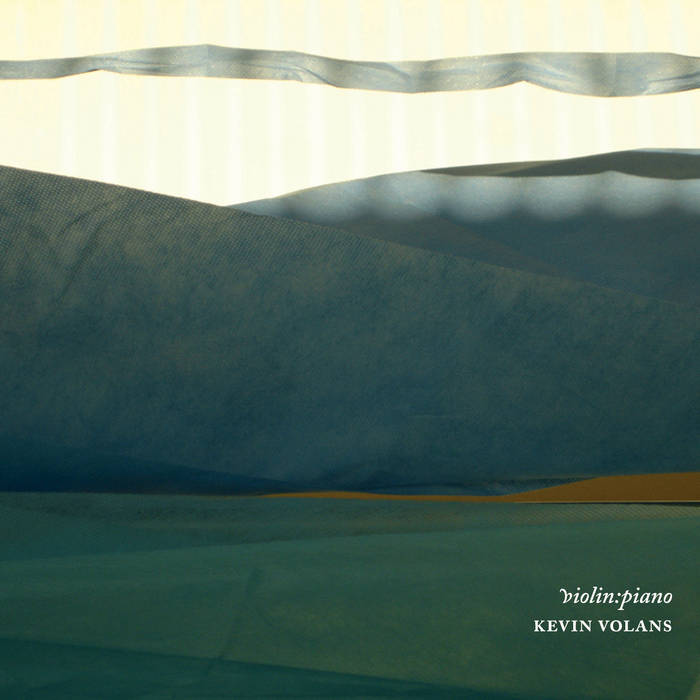 violin:piano is a new album of chamber music by Kevin Volans, featuring the premiere recordings of three major duos from 2009 – violin:piano, Etude 9 for piano and electronics, and viola:piano – as well as the violin solo Passi leggieri, originally composed for Norwegian Hardanger fiddle in 2003. Sensitively performed by two experienced interpreters of Volans’ music, violinist / violist Waldo Alexander and pianist Jill Richards, this music is all about the contour of the moment. From its first sumptuous gesture, each piece absorbs completely, promising an adventure of luminous beauty.

In the 1970s, Volans’ work was associated with the beginnings of postmodernism in Germany. In 1979, after several research trips to his native South Africa, he began a series of pieces based on African composition techniques, which occupied him for the next ten years and included the enormously successful White Man Sleeps (recorded by the Kronos Quartet). Since then, Volans’ work has explored various aspects of anti-conceptual, post-formal composition in a range of different styles. He describes his work as “essentially modernist”. violin:piano is testament to Volans’ freshness of approach; it is an important document of boldly original work.

Kevin Volans was born in South Africa in 1949. He studied with Karlheinz Stockhausen and Mauricio Kagel in Cologne. He has been an Irish citizen since 1994. In 1997 BBC Music Magazine listed him as one of the 50 most important living composers and he was described by the Village Voice as “one of the most original and unpredictable voices on the planet”. He has worked with Kronos Quartet, Smith Quartet, Barry Douglas, Marc-André Hamelin, Peter Donohoe, Michael Tilson-Thomas, San Francisco Symphony, BBC Symphony, Bayerische Rundfunk, and the BBC Singers. Performances in the last years include the Berliner Musikfest, Vienna State Opera, the Salzburger Festspiele, the Lincoln Center NY, Dokumenta Kassel, the Pompidou Centre Paris, Kunstmuseum Bonn, the Chicago Institute of Fine Arts, the Edinburgh Festival, the Barbican London and the BBC Proms.

In 2002 Waldo Alexander became a founding member of the Sontonga Quartet, which toured extensively throughout the world until the end of 2006. They collaborated with many prominent South African creative artists including Kevin Volans, Philip Miller and Paul Hanmer. Waldo continues to work closely with local and international artists. Recent highlights include the world premiere of Volans’ violin:piano at the 2012 Ultraschall Festival in Berlin, collaborations with Francisco Lopez, and numerous tours with William Kentridge. Waldo also extends his activities towards other musical genres, from jazz, pop and rock n’ roll, to punk, trance and hip hop. Waldo plays a fine Italian violin, which is on generous loan from the Lindbergh Arts Foundation in Cape Town. He is endorsed by Sennheiser South Africa.

Jill Richards is a South African pianist specialising in new music. Versatile
and dynamic, her interests range from Bach to free improvisation. Her career includes collaborations with numerous composers from around the world. She has a longstanding working relationship with Kevin Volans. Other collaborators include Francisco Lopez, sound artist João Orecchia, visual artist Marcus Neustetter, composer-drummer Christophe Fellay, violist Charlotte Hug and Joke Lanz of Sudden Infant. She has also toured with live music performances to William Kentridge's films. She has performed and been broadcast throughout the world, including BBC broadcasts of the premieres of solo and duo works of Kevin Volans. She has released five CDs, including the Grammy-nominated Cicada of Volans, as well as the complete piano music of Michael Blake.

All tracks composed by Kevin Volans and published by Chester Music.