The master's return: A tribute to Paddy Killoran 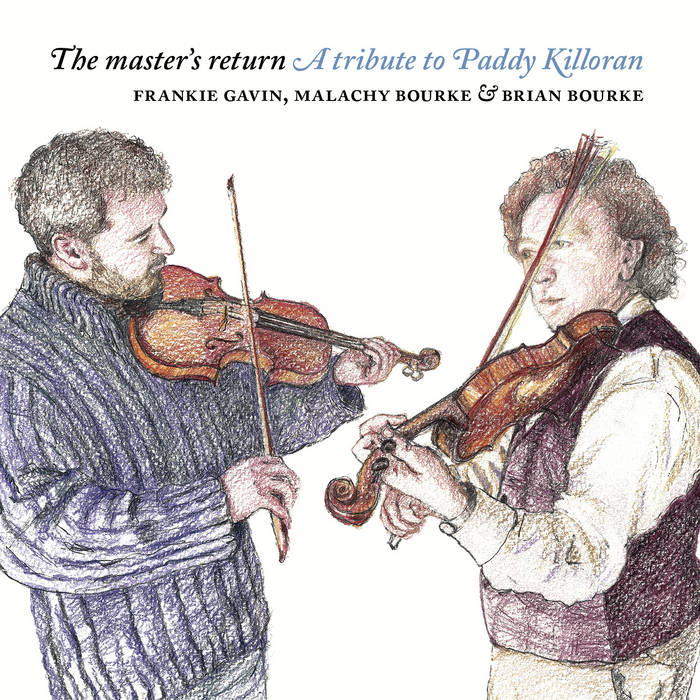 “The cheerful lift of Killoran’s style catches you every time,” says Frankie Gavin, “and while the pain of emigration can be sensed in his music, it still embodies the life and soul of Irish traditional music.”

Malachy Bourke, who plays a fiddle once owned by Killoran, is just as gripped by the legacy of the Sligo master: “When I was given a tape of Paddy Killoran as a child, the penny dropped. The music was beautifully raw and wild. This was the music I wanted to play.”

A luminary of Irish traditional music, Frankie Gavin was born in Corrandulla, County Galway in 1956. In the early 1970s he co-founded Dé Danann, with whom he recorded several critically acclaimed albums. Gavin has also performed with such diverse musicians as Andy Irvine, The Rolling Stones, Elvis Costello and Stéphane Grapelli.

Malachy Bourke took lessons with Frankie Gavin, and, as a teenager, attended Tommy Peoples’ fiddle class at the Willie Clancy Summer School in Miltown Malbay. Bourke’s debut solo record, Draw the Bow was released in 2001, followed by Live at the Steeple Sessions, an album with fiddle player Toner Quinn, released on the Ergodos label in 2013.

Brian Bourke is an Irish artist, Aosdána member, and bodhrán player. His first solo exhibition was in 1965. A retrospective of his work was held in 2010. He has known Frankie Gavin since he moved to Galway in the 1970s, and has often performed with him. He lives in Rosscahill, County Galway, with his wife, the painter Jay Murphy.

Recorded and mixed in Creg na Vagabones, New Quay, County Clare, on 14 and 15 February 2014. Additional mixing in Dublin in July 2015. Mastered in Dublin in July 2015. All tracks are traditional, arranged by Frankie Gavin and Malachy Bourke. A recording of Paddy Killoran on track xiii is used by kind permission of the RTÉ Archives.