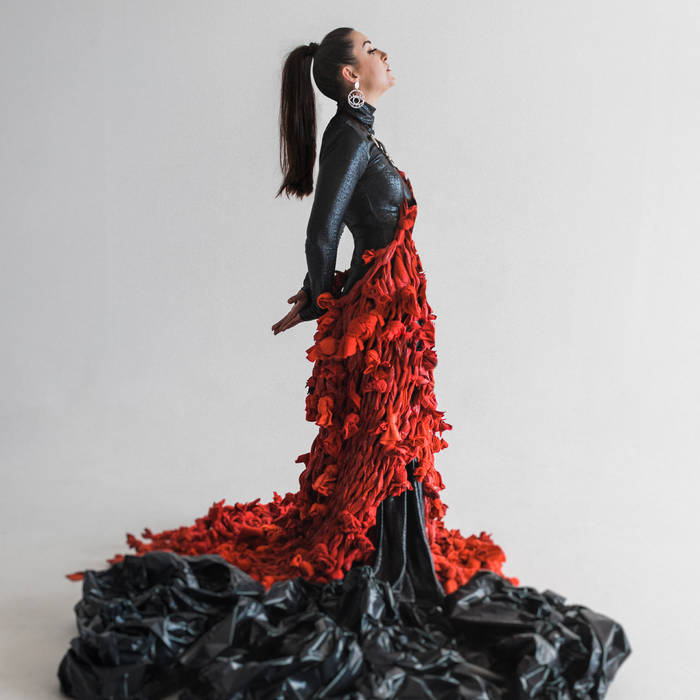 Ergodos is proud to announce the release of "The Magma Chamber", the debut record from sfiiinx, an avant-pop ensemble performing the music of Irish composer-vocalist Síobhra Quinlan.

The sonic world of "The Magma Chamber" is by turns delicate, shimmering, propulsive, and combustible. Quinlan’s vocals soar above and weave within the intricately scored ensemble textures, offering rich lyrical imagery infused with mythological motifs.

Whilst perhaps relatable to both the chamber pop tradition of Joanna Newsom, and the post-Impressionism of Toru Takemitsu, "The Magma Chamber" is, above all, a song cycle of striking singularity and charisma.

"The Magma Chamber" was recorded intermittently throughout the pandemic with an ensemble of luminaries drawn from the worlds of classical, improvised, and indie music.

Quinlan likens each song in the cycle to excavated artefacts: “These seven songs pull on various threads that were tangled together throughout my twenties. In unearthing and unravelling these threads, each song revealed itself as a little piece of archaeology, small gems of mental excavation.”

She continues: “I offer up this collection of work as an intimate, honest, vulnerable and visceral encapsulation of my inner-world, bookending the past decade. It was a true privilege to collaborate with such a cracker of a team in bringing these compositions to life, and I’m thrilled that my debut record has found its musical home in Ergodos.”

The creation of the music on this record was supported by a Music Bursary from The Arts Council / An Chomairle Ealaíon.

Music, lyrics, and vocals by Síobhra Quinlan, with:

Music recorded at Hellfire Studios & Temple Lane Studios, Dublin, and an array of home studios in Dublin and Reykjavík, between 2020 and 2021. Mixed and mastered in Dublin, late 2021.