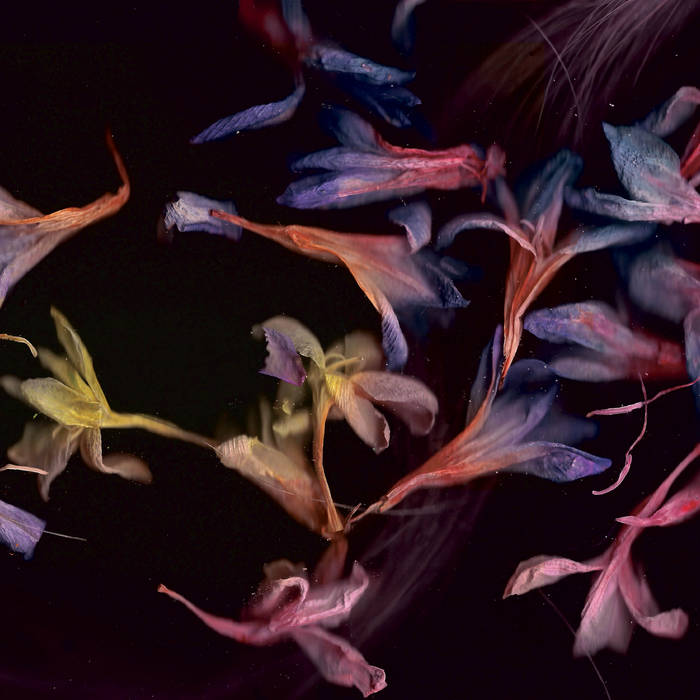 This debut release from David Collier is an engrossing sweep of the Irish composer’s recent work. The nuanced and expansive meditations of the string quartet Smacht are presented together with the pulsating brilliance of Dusk, a dazzling work for four percussionists. Collier’s compositions – sharp-focussed and sincere – radiate warmth and vitality, and are presented in a beautiful vinyl edition with artwork by Louise Gaffney.

Smacht, performed here by the all-star string quartet of Cora Venus Lunny, Adrian Hart, Robin Panter and Kate Ellis, grew out of a workshop with
the band This is How We Fly in 2011. “I came across videos of fiddle player Caoimhín Ó Raghallaigh performing his solo material with a loop pedal and loved the hypnotic feel to his music,” says Collier. “I started playing with droning on one string of a violin while changing the notes on another and hit upon the seed that would become Smacht.”

Collier wrote Dusk during a percussion course at Princeton University, where he also met the New York percussion group Mobius Percussion, who later recorded the work. Dusk brings together delicately balanced strains of diverse instruments – glockenspiel, crotales, triangle, wood blocks, cymbal and bass drum – in an ambience where time is at once frozen and in constant adaptation.

The final track on the record is a remix of Smacht by Seán Byrne, a radically different take on this potent material. “So many of songs I loved when I was younger were remixes,” says Collier. “For me they were a portal into the less commercial side of the musical world and really opened my ears.”

Collier’s evocative work is already the basis of a breathtaking film by Irish filmmaker Bob Gallagher, with Smacht as its emotional, tonal and structural bedrock. “I came to Bob with the idea of doing a film about travelling the breath of Ireland in a single night to watch the sun set in the West and chase across the country by night to watch it rise again in the East.” Gallagher took this idea of travel and adapted it to a new narrative. “Together we travelled along the west coast of Ireland following a man as he journeys to the edge of the earth to scatter his father’s ashes.”

David Collier is an Irish composer based in Amsterdam. His music is inspired by minimalism and ambient electronica and has been described as “aurally stunning” (Totally Dublin) and “conceptually elegant” (I care if you listen). Performances of his pieces have been given by ensembles and musicians including orkest de ereprijs, Ensemble Avalon, So Percussion and Kate Ellis. His music has been featured at international festivals including New Music Dublin at the National Concert Hall, Kilkenny Arts Festival and the Young Composers’ Meeting.

Smacht was recorded at Beechpark Recording Studios, Rathcoole, County Dublin, on 10 May 2014. Dusk was recorded at Princeton University, Princeton, New Jersey, on 18 January 2015. Mixed and mastered in Huddersfield in July 2015. Mastered for vinyl in London in January 2016.