Rise up, my love 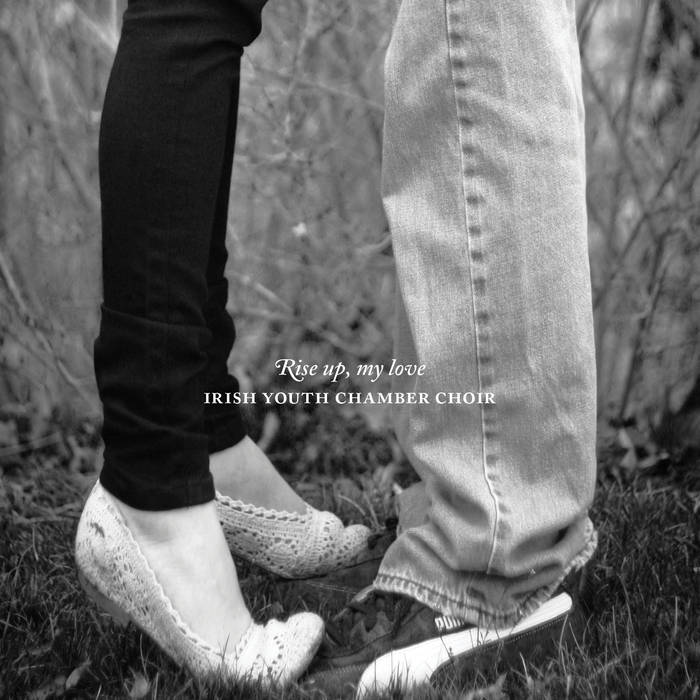 a vase of flowers

A celebration of the sensual, the vital and the earthly, Rise up, my love, is a passionate debut from the Irish Youth Chamber Choir, under their conductor Greg Beardsell.

The title comes from English composer Howard Skempton and his four- movement setting of fragments from the Song of Songs, a biblical text unique in its joyous narrations of human intimacy. Rise up, my love is typical of Skempton’s paired-down, exquisitely balanced compositional style. The words are everything, and nothing is over-stated. Beardsell and his singers match this approach in a flowing, natural interpretation that allows Skempton’s rich harmonies to really breathe and bloom.

The record opens with a wedding song — I gaze upon you by Gabriel Jackson. “I gaze upon you and the sun grows large / Soon it will overwhelm our day,” sing the choir, at once tender and yearning. Paul Éluard’s verse is given a vivid musical treatment. A pair of lovers are also the central characters in the closing track, A boy and a girl, a setting of Octavio Paz by choral superstar Eric Whitacre. His simple, declamatory setting allows the ultimate pathos of the words to really resonate.

Māte saule by the Latvian composer Pēteris Vasks is a perfect foil to these love songs. By turns placid, graceful and volatile, the music sings of the eternal, of nature, of our earth; the title of the poem by Jānis Peters translates as “Mother Sun”. This performance thoroughly relishes the warp and weave of Vasks’ undulating score.

In 2011, the Irish Youth Choir realised a long held ambition: to create a smaller chamber choir of singers from within the ranks of the larger main choir, the Irish Youth Chamber Choir. Over the IYC annual summer course singers have the opportunity to audition for the Irish Youth Chamber Choir. Those selected from these auditions continue to perform some of the most incredible choral music from around the world to a standard of excellence throughout the year. Their nationwide tours in 2012 and 2013 saw performances of a wide range of repertoire from Massive Attack to James MacMillan. They have performed with the Irish Chamber Orchestra, Chamber Choir Ireland, Elbow at Electric Picnic, and at the BBC Proms with the National Youth Choir and National Youth Orchestra of Great Britain. Singing is their passion and they are all about inventive programming, heartfelt performances, and sharing the joy of choral music with as many people as possible.
aoic.ie/iyc/join_us/irish_youth_chamber_choir