Left Behind: Songs of the 1916 Widows 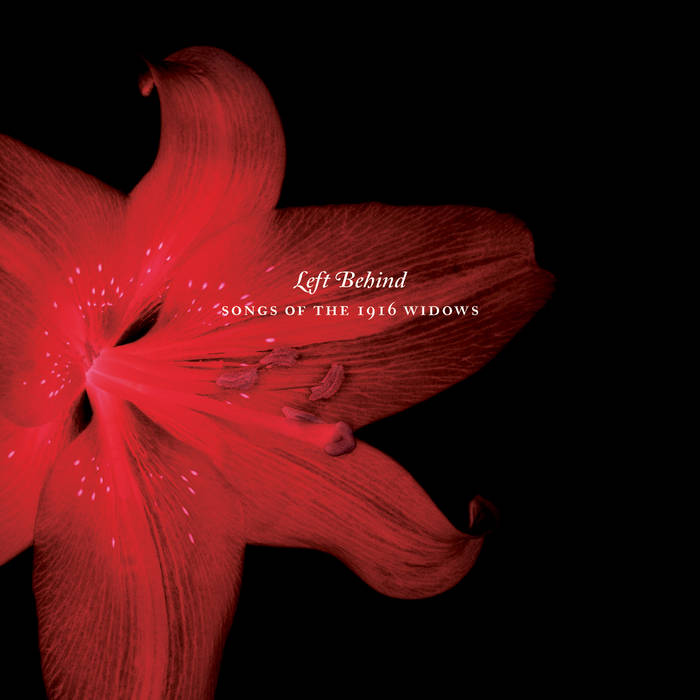 Written by composer and curator Simon O’Connor, and commissioned and presented by vocalist Michelle O’Rourke, Left Behind is a new collection of songs to mark the centenary of the 1916 Easter Rising.

Drawing on the experiences of the wives of prominent rebel leaders, O’Rourke and O’Connor have created a unique suite of compositions that offer an emotional, human perspective on a narrative that is too often told in baldly male heroic terms.

Beginning life as simple vocal/piano pieces, these songs have been transformed with the addition of O’Connor’s former bandmates from celebrated Dublin rock band The Jimmy Cake, and the Robinson Panoramic Quartet. These players bring an intense, dramatic energy to the retelling of the stories of Lillie Connolly, Grace and Muriel Gifford, Agnes Mallin and others.

“So much of our engagement with history is purely political, and so rarely
we allow ourselves to read between the lines to find human realities,” says O’Connor. “Sinéad McCoole’s book, Easter Widows, the key historical reference for this work, allowed us to empathise with and understand the human cost, the real life narratives of the revolutionary period.”

“More so than any art form, music places us squarely in this emotional space,” adds soprano Michelle O’Rourke. “With these songs, we hope to give life to some of these feelings, these emotions and the sense of loss felt by many women and children who were left behind by men who were dominated by what they felt was a higher calling.”

Simon O’Connor’s musical life began late as a teenager in punk bands, developing to solo electronic music, theatre composition and avant-rock groups, most notably as founding member of seminal Dublin indie band
The Jimmy Cake. A student of Donnacha Dennehy and Kevin Volans, his music increasingly focuses on melody, harmony and an approach that may be described as a new tonalism. His most recent release, the piano suite What is Living and What is Dead, has been described as “a heartfelt, wordless musical plea for beauty in a world gone austere”.

Michelle O’Rourke’s natural sound, unaffected expressivity and technical ability make for an interpreter of rare dynamism. She combines her classical training with an adventurous eclecticism and a passion for collaboration. In recent years she has been involved in the commission, premiere and touring of works by many contemporary Irish composers, premieres of works by Kjartan Sveinsson of Sigur Rós, and international tours with Danish indie band Efterklang. Most recently, she performed in Berlin and London with André de Ridder’s chamber orchestra Stargaze and US alt-pop singer-songwriter Julia Holter.

Inspired by the book Easter Widows by Sinéad McCoole and recorded at St. Peter’s Church, Drogheda, January 2016. Mixed in Dublin and mastered in Munich.