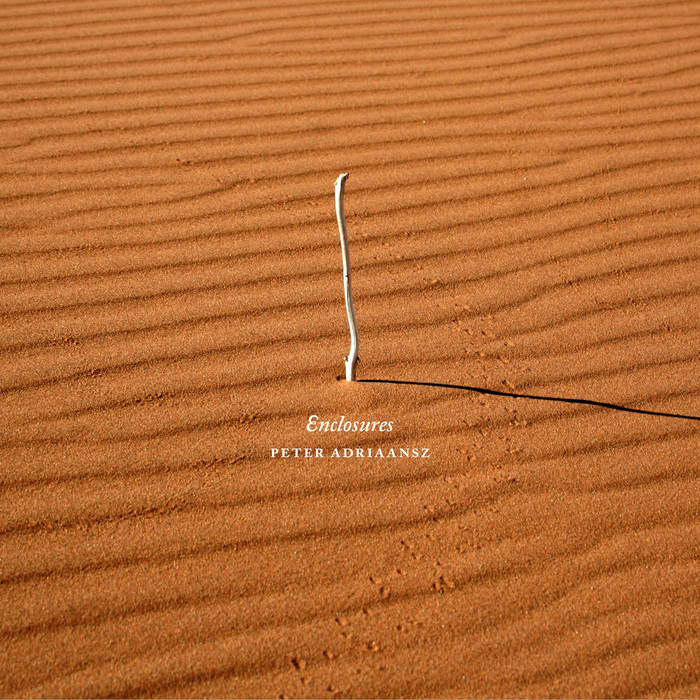 Written between 2008 and 2013, this record is a treasury of chamber music highlighting Netherlands-based composer Peter Adriaansz’ fastidious artistic mind. These works all possess seductive surfaces, but their extremely careful designs make for profound, even revelatory experiences.

‘His work is abstract music of a high order, reanimating the mediaeval idea of music as applied number,’ wrote the late writer and performer Bob Gilmore, to whose memory this record is dedicated. ‘But the questions it asks are defiantly of the twenty-first century, questions about musical perception, about the nature of sound and the passage of time.’

Phrase and Fraction were composed as companion pieces for the Hague-based Ensemble Klang. The former is nearly hallucinatory in its singular treatment of a melody on soprano saxophone. The latter – a fervent world of stummed, picked and hammered metal strings – takes after American composer Henry Cowell’s harmonic tempo scales, where the music’s speed is intertwined with the intervals of the harmony.

The record finishes with Enclosures, composed for Amsterdam microtonal music specialists, Trio Scordatura. Over time we become attuned to the most subtle gradations of sonic interval – we are deeply immersed, and emerge newly sensitised.

Peter Adriaansz (pronounced ‘pay-ter ah-dree-ons’) was born in Seattle in 1966 and studied composition at the conservatories of The Hague and Rotterdam, where his teachers included Louis Andriessen, Brian Ferneyhough and Peter-Jan Wagemans. Adriaansz’ work can be characterized by a systematic, research-oriented approach towards music. An approach in which sound, structure and audible mathematics constitute the main ingredients. Starting in 2005 an increasing interest in flexibility, variable forms and – especially – microtonal reflection can also be observed in his work. This latter interest led, among other works, to several large-scale compositions for amplified ensembles, such as Prana (2007), Three Vertical Swells (2010) and Scala II (2014), works for orchestra (Verdichtingen, 2009, Rising & Falling, 2013), music theater (Comfortzone, 2015), two extended series, on spatial harmony (Structures I-XVI, 2005) and microacoustics (Waves 1-13, 2008) and many (electro-) acoustic works for incidental commissions.